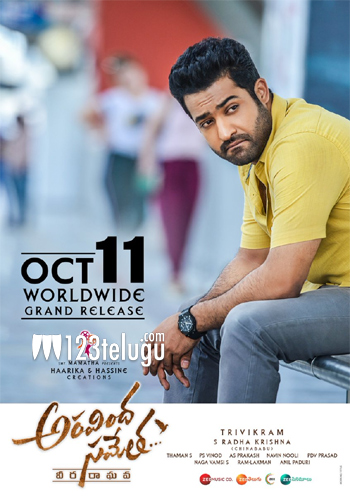 It is a known fact that the shooting of Aravinda Sametha is nearing its completion soon. The latest news is that the pre-release event of the film will be held on the 2nd of October in a big way in Hyderabad.

There is a lot of curiosity for this event as it will be the first that NTR will be seen in a public event after his dad’s death. Trivikram directs this film which has Pooja Hegde as the female lead.

Thaman scores the music for this film which is set for a release on the 11th of October.