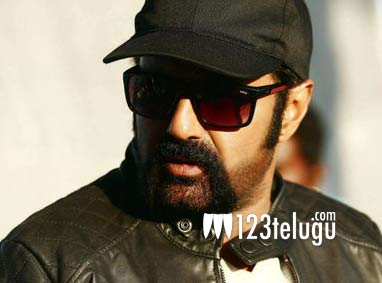 We had already reported that Nandamuri Balakrishna is doing a film called Jai Simha in the direction of noted director K S Ravi Kumar. The first look of the film will be revealed tomorrow and sources suggest that a powerful poster will be out tomorrow.

After a long gap, Balayya will be seen in a mass avatar and will mouth some of his trademark dialogues for his fans. So all eyes are on Jai Simha’s first look in a big way.