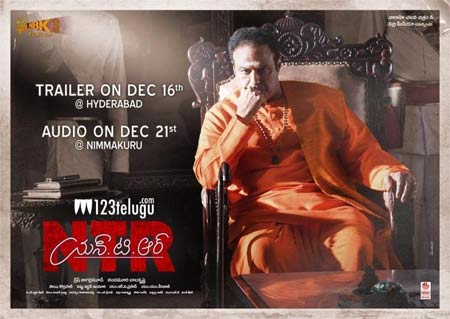 The songs of NTR biopic have caught on quite well and this has created a superb buzz for the biopic which is coming in two parts. The latest we hear is that the trailer of this film will be out on the 16th of this month.

What’s more interesting is that the audio launch will be held in Nimmakuru which is the birthplace of NTR. The event will be held in a never before heard manner on the 21st of this month.

Some of the top stars are playing key roles in this film and the audio launch has been planned in such a way that it will re-create the aura of NTR once again through Balakrishna who plays NTR.