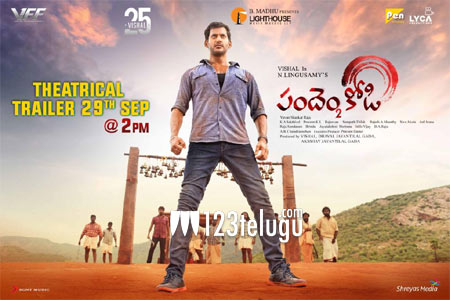 The shooting of Pandem Kodi 2 has been wrapped up long back and the post-production formalities are in full swing. The news is that the film’s trailer will be released on the 29th of this month.

The update is that the trailer is going to be quite massy with all the necessary commercial elements. Linguswamy directs this film which will release on the 18th of October.

This film is the sequel to Vishal’s 2005 hit film Pandem Kodi which had Meera Jasmine as the female lead.