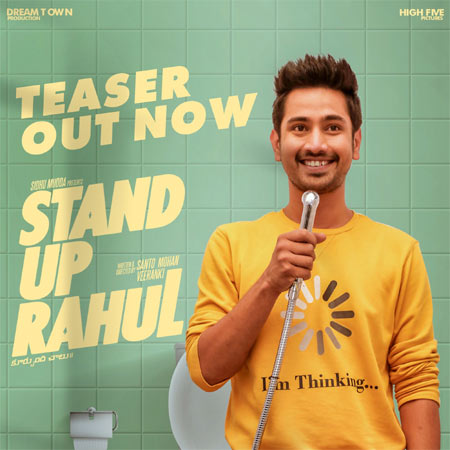 It is a known fact that hero Raj Tarun is ready with a makeover and will be seen as a stand-up comic in his upcoming film Stand Up Rahul. The film is being directed by debutant Santo Mohan Veeranki and is out with its teaser.

Today, hero Rana Daggubati has launched the film’s teaser. The teaser looks refreshing and the film is about a reluctant stand-up comic who doesn’t stand up for anything in life finds true love and learns to stand up for his parents.

The new age filmmaking hikes prospects on the film. Director Santo has come up with an interesting subject and Varsha Bollama is seen in yet another interesting role.

The film is jointly produced by Nandkumar Abbineni and Bharath Maguluri under Dream Town Productions and HighFive Pictures banners. Release date will be out soon.