Star Actress Gets Rave Reviews For Her Performance As A Cop
Published on Feb 18, 2018 9:21 pm IST 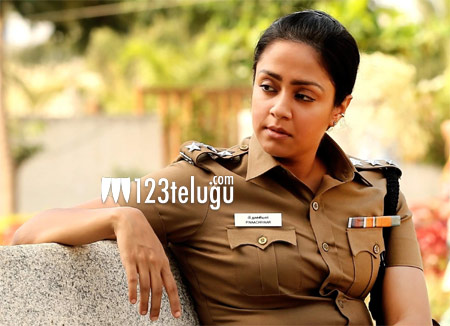 Jyothika is basking in the glory of rave reviews that have been pouring in ever since her recent film Naachiyaar released in Tamil. Directed by Bala, Jyothika had played the role of a tough cop in this film which dealt with a sensitive issue.

Her recent performances in 36 Vaydhinile and Magalir Mattum were highly appreciated by critics and audiences alike, and she stunned everyone with her makeover in Naachiyaar which also had GV Prakash in a lead role.

After this film, Jyothika will team up Mani Ratnam for his upcoming multi-starrer that has already commenced.