Star Actress Gets Trolled For Her IPL Dance Performance
Published on Apr 6, 2017 1:53 am IST 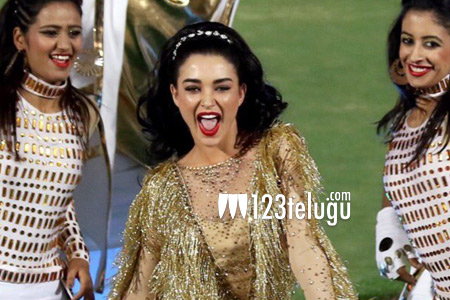 Amy Jackson was all set to take millions of people by storm with her dance performance at the IPL Opening ceremony in Hyderabad on April 5; however, going by the buzz on social media, it looks like she left many disappointed.

Her dance performance became a trending topic on Twitter with several people criticising her dancing skills. While she performed to a medley of Bollywood songs, some people tweeted saying, “Sunny Deol can dancer better than Amy Jackson.” Another person posted a tweet saying that she danced as if she was in a zumba class when the instructor isn’t looking. The organisers are said to have paid a bomb to Amy Jackson to perform at the opening ceremony of 10th edition of IPL.

She’ll soon be seen in Shankar’s 2.0 and she’s also said to be in talks with few other Tamil and Telugu films.