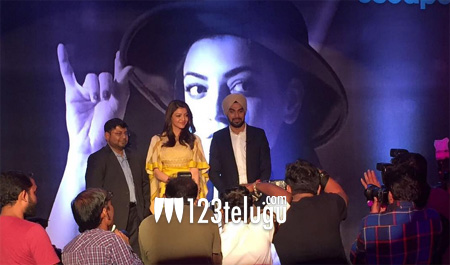 With the advent of massive technology these days, information is coming to us very fastly. Several new age mobile apps are being launched where the news reaches us within minutes of going live. So, the film stars are not lagging behind and are taking the help of such technologies to be in touch with their fans.

The latest one to do such thing is star actress Kajal Aggarwal. The star actress launched her personal mobile app in Chennai today. This app will showcase Kajal’s personal and professional details in a very stylish and detailed manner.

Post the success of Khaidi 150, Kajal has been going great guns in career and will next be seen Teja’s next.