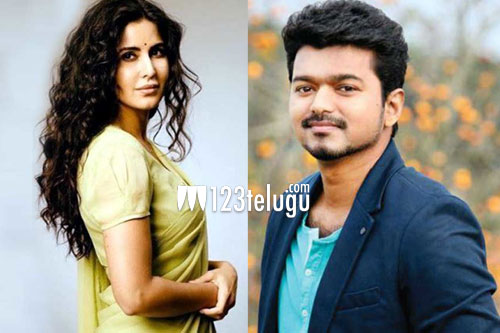 In a pleasant revelation, star Bollywood actress Katrin Kaif recalled her first ad shoot and her co-star in the ad, Tamil star Thalapathy Vijay. In a latest chat show, Katrina revealed that she was floored by Vijay’s humility on the sets of a cola drink’s ad shoot in Ooty in the initial days of her career.

“We were sitting on the floor and I was very, very cold. I was on my phone and I see someone’s feet in front of me. I thought it must be someone standing and I didn’t bother to look up. After some time, I still see these feet. Finally, I looked up and I see that it’s the guy in the ad with us. He’s a South superstar, his name is Vijay,” said Katrina.

The Bharat actress went on to say that Vijay was patiently waiting for Katrina to finish so that he could say goodbye. “He was politely waiting without disturbing me to say goodbye,” Kat said, also adding that Vijay’s humility had floored her totally.