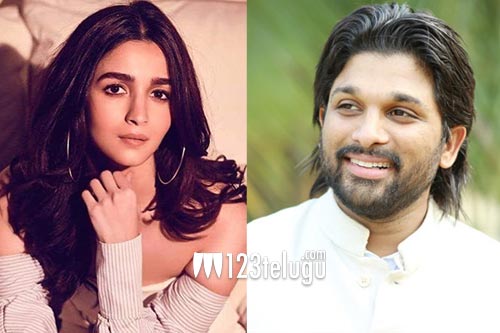 Alia Bhatt is the top actress in the country as of now and is in the news for the trailer of her new film Gangubai Khatiawadi which has gone viral.

Speaking in an interview, Alia has revealed that her entire family had watched Pushpa at home and loved Allu Arjun’s performance.

When asked as to when she will be doing a film with him, Alia did not think a bit and said she is waiting for an offer to come by and will surely like to romance Bunny.