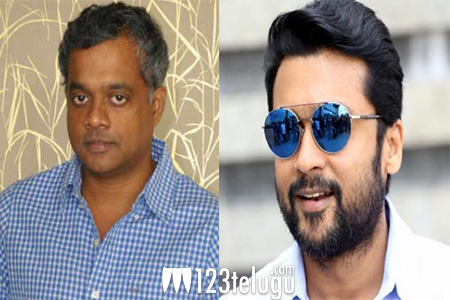 The trailer of Suriya’s NGK has become a talking point all over and the star hero is busy giving finishing touches to the film. Now, the latest we hear from Chennai is that Suriya has already planned his next.

The reports coming in from Chennai media reveal that Suriya is all set to collaborate with Gautam Menon once again. They both have given some hit films in the past and if this combo works out, there will be a superb project coming out for Suriya and his fans.

Gautam Menon is busy with his own film now and will soon finalize the script after a meeting with Surya.