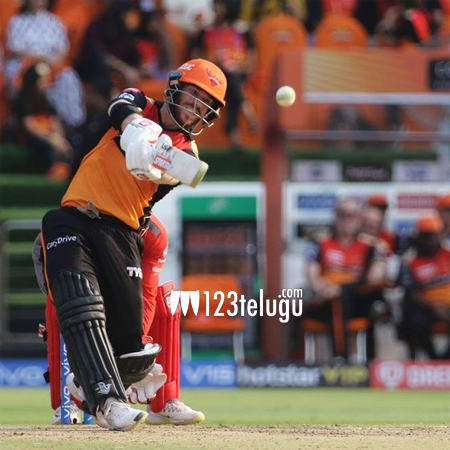 IPL cricket season is on in full swing and the Hyderabad team, Sunrisers is doing exceptionally well and Dawid Warner of Australia is in top form this season.

On the eve of the team’s promotional activities, Dawid Warner was asked if he had to act in a Telugu film which one would it be, the Aussie was quick to answer and said that he would love work in a Baahubali movie if it is made next.

IPL fever has caught on all over as several stars from Tollywood watch the games regularly which are scheduled in Hyderabad.