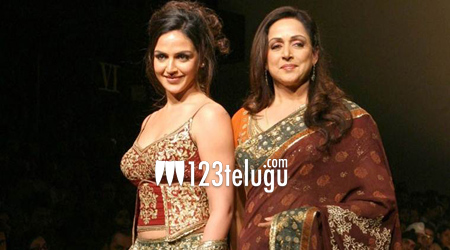 It is a good news in the household of Hema Malini and Dharendra as their elder daughter, Esha Deol is soon expecting her first child. The news was confirmed by Hema Malini herself during a media interaction.

Esha has been married to her businessman husband for quite some time now. Esha’s younger sister, Ahana already has a baby boy. Post the success of Dhoom, Esha could not find a foothold in her Bollywood career and stayed away from the limelight.

She was seen in Mani Ratnam’s Yuva which was also dubbed in Telugu. Well, as of now, she is going through a beautiful phase and we all wish her the best of luck.