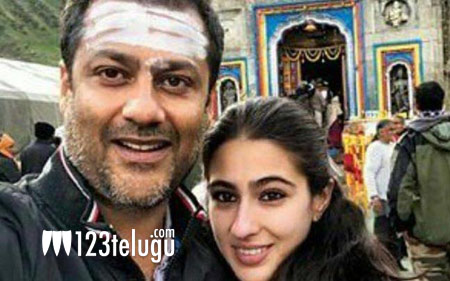 It is a known fact that Sai Ali Khan’s daughter, Sara Khan is all set to join movies and follow the footsteps of her dad. The latest update is that she has decided to work on a serious film in her debut.

The latest news is that Sara has been roped in to play the female lead in Abhishek Kapoor’s new film. What’s more important is that Sara has joined the team which has already started the pre-production for the film.

Sara was spotted with Abhishek in Kedarnath doing a recce for the shoot locations. Sushanth Singh Rajput is the film’s hero.