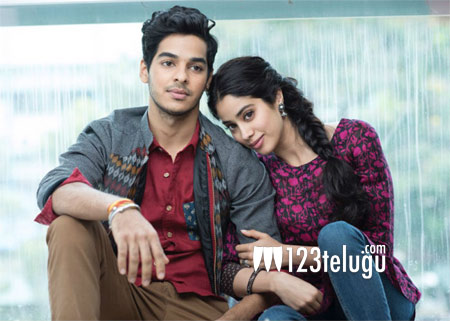 After a huge round of promotions, Jhanvi Kapoor’s debut film, Dhadak finally released all over the county today. The response has been very good as the film received some very positive reviews from the early shows.

Jhanvi, in particular, got some good praise from noted celebs and critics from the Hindi film industry. Even though the film is drawing a massive comparison from its original Sairaat, many feel that the Hindi version is also very good.

Dhadak marks the debut of Ishaan Khattar as the main lead and his screen presence is also being spoken about a lot. Karan Johar produces this film.