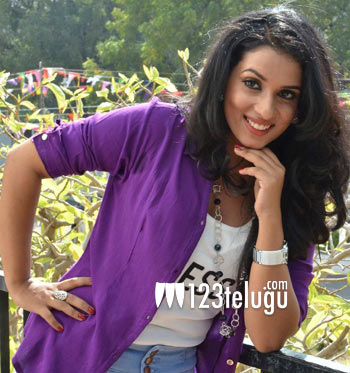 Senior comedian and writer Uttej’s daughter Chetana Uttej is all set to make her debut as a heroine with a romantic entertainer titled Pichiga Nachav. The film is gearing up for its release on March 17th.

Promoting her movie, Chetana interacted with a popular English news daily in which she said that even though she is debuting with a commercial potboiler, her true passion lies in offbeat and parallel cinema and that she is even ready to explore Tamil and Malayalam movie industries.

Chetana, who appeared in nearly 15 movies as a child artiste including Teja’s Chitram and Prabhas’ Pournami, is quite confident that her performance in the movie will receive everyone’s attention. The film also stars Sanjay, Nandu and Karunya in pivotal roles.