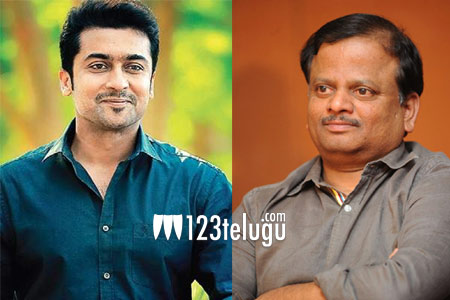 It’s well known that Tamil star Suriya has joined forces with his Veedokkade and Brothers director KV Anand for his 37th project. This as-yet-untitled movie has wrapped up a couple of crucial schedules in London and Delhi.

This evening, KV Anand took to Twitter and held a poll asking all the fans to choose either Meetpan, Kaapan or Urika as the title for Suriya37. It’s being speculated that Suriya will be playing the role of a security officer in the film. KV Anand’s Twitter poll has only confirmed the speculations.

Suriya37 also has Mohanlal and Akhil’s heroine Sayyeshaa in key roles. Lyca Productions banner is bankrolling this highly-anticipated biggie. The film is scheduled to be released in the first half of 2019.