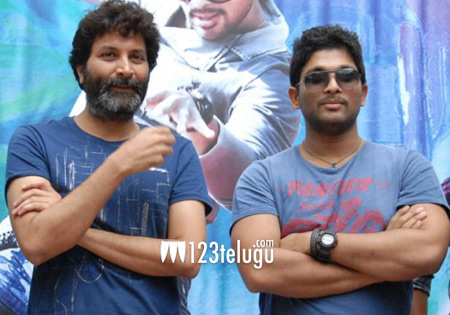 Trivikram Srinivas, one of the most highly revered directors in Tollywood, is currently wrapping up the shooting of his upcoming film A..Aa. The film stars Nithiin and Samantha and it will release in May. As per the latest buzz in the film circles, Trivikram is already penning a script for his next.

Apparently, Trivikram is planning to join forces with Stylish Star Allu Arjun for his next project. In the past, the Bunny-Trivikram combo gave two successful films in the form of Julayi and S/O Satyamurthy. More details about this hit combo’s third project are expected to be out soon after A..Aa releases.