Star director recollects the days when he worked as a hotel server
Published on Jul 29, 2018 2:27 pm IST 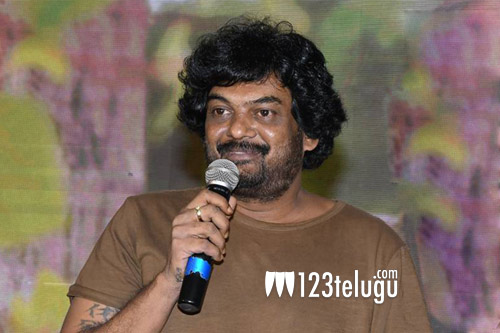 Star director Puri Jagannadh was the special guest at audio launch event for the upcoming romantic entertainer, Ee Maya Peremito, that was held last night. Rahul Vijay, son of noted stunt choreographer Vijay, is making his acting debut in Tollywood with the movie. Senior composer Manisharma has scored the music.

Speaking at the event, Puri went nostalgic and recollected the days when he worked as a server at a hotel in Krishna Nagar. Puri said that when several people used to misbehave with him, Vijay Master used to treat him well. Later, Puri roped in Vijay Master to compose fights for Pawan Kalyan’s Badri and they both went on to work together for several movies.

Ee Maya Peremito has Mumbai girl Kavya Thapar as the leading lady. The film is directed by Ramu Koppula and produced by Divya Vijay. Rajendra Prasad and Murali Sharma essay important roles in the movie.