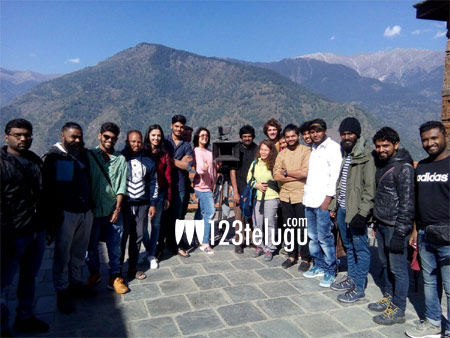 It is a known fact that Puri Jagan’s son, Akash Puri is making his debut in Telugu with a youthful entertainer. The latest we hear is that the film was launched earlier today in Himachal Pradesh.

The first shot was taken on Akash Puri and Charmee gave the first clap. Touted to be a love story featuring a girl from Pakistan, this film will also be wrapped up in quick time.

The film will be shot mostly in the north of India and Hyderabad. Sandeep Chowta composes music for this film.