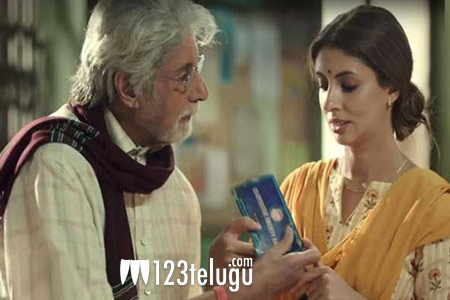 Yesterday, a very emotional Amitabh Bachchan revealed the Kalyan Jewellers Ad which he shot with his daughter Shweta Nanda. The Ad received a good response from the social media but within in no time, it also fell in trouble.

Going into details, the banking union of India has found the Ad disgusting and derogatory as it showcases bank officials in a bad light. Amitabh Bachchan is shown going to a bank asking for the procedure to return the money as his pension is credited twice into his account.

To this, the bank official says to keep the money with him silently. But both Big B and his daughter refuse to do so creating a moral awareness about belief and trust which is the main agenda of Kalyan Jewelers.

The banking union has now demanded that the Ad is taken down immediately. Kalyan jewelers even replied to the demand and said that necessary changes will be made in the Ad soon.

T 2870 – Emotional moment for me .. tears welling up every time I see it .. daughters are the BEST !! pic.twitter.com/7Jes2GDPBo