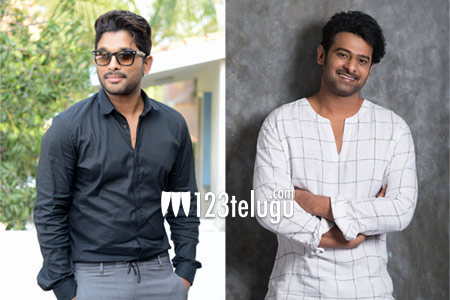 Things have changed for good in the Telugu film industry as all the heroes are getting close to each other and are attending each other’s events. Recently, we saw NTR making a splash at Bharath Ane Nenu’s audio launch and made it a huge success.

Now, the latest speculation which has caught on quite well is that star hero Prabhas is going to come in as chief guest for the pre-release event of Allu Arjun’s Naa Peru Surya which will be held soon.

Though this news is yet to be confirmed, it has spread like wildfire all over the social media. It is a known fact that Prabhas and Bunny are thick friends and it will be really good to see a nationwide star like Prabhas coming in as a chief guest for the event.