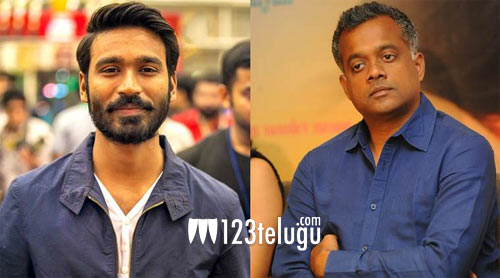 Star Tamil actor-director duo, Dhanush and Gautham Menon, had joined forces for the first time for a romantic thriller titled Enai Nokki Paayum Thota. The film has been in the making for the last 3 years. Rana Daggubati will be seen in a special cameo in ENPT.

This evening, ENPY’s producer Escape Artist’s Madan thrilled Dhanush and Gautham Menon’s fans by announcing that the film may hit screens in April. The producer also revealed that the film’s trailer is ready to be out soon. LIE heroine Megha Akash is the leading lady in ENPT. Darbuka Siva is the film’s music composer.