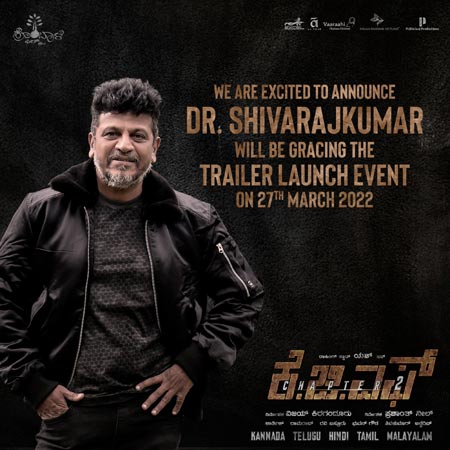 Kannada hero Yash-starrer KGF: Chapter 2 is gearing up for a grand theatrical release on April 14, 2022. So, the makers have commenced the promotions and as a part of that, they have announced the release of a theatrical trailer.

To make the trailer release more special, they have requested Dr, Shiva Rajkumar, brother of late Kannada star hero Puneeth Rajkumar, to launch it. He will unveil the trailer on March 27, 2022, in a grand way at a special event. Besides, Bollywood’s famous director and producer, Karan Johar, will host the trailer launch event.

Srinidhi Shetty played the lady love of Yash in KGF 2, which also has star performers Sanjay Dutt, Raveena Tandon, Prakash Raj and Rao Ramesh in prominent roles. Produced by Hombale Films, the movie has the music of Ravi Basrur. 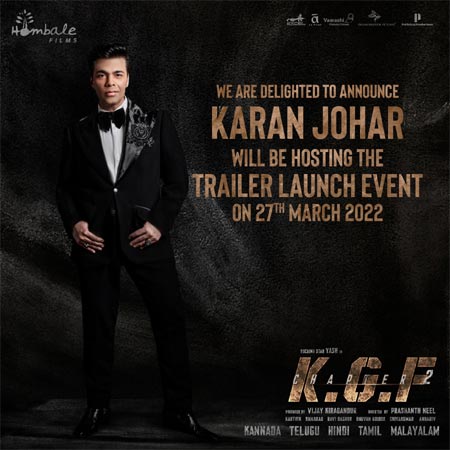