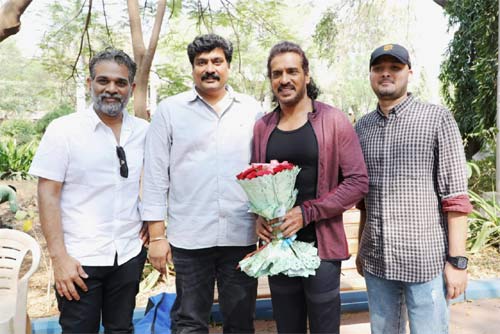 It is a known fact that Kannada star, Upendra is doing a key role in Varun Tej’s Ghani. His role has been kept a secret and sources say that Upendra will be one of the attractions in the film.

The update now is that the Kannada hero has joined the shoot today in Hyderabad. The second schedule of the film is on as of now in a special set. Hindi actor, Sunil Shetty is also playing a key role in Ghani.

Kiran Korrapati, a debutante is directing this film which has Saiee Manjrekar as the female lead. The film will be out on the 30th of July as of now.