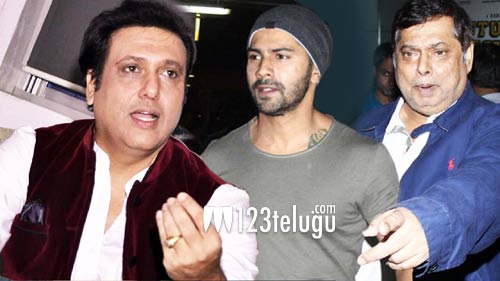 Hindi superstar, Govinda and director Dawid Dhawan were one of the iconic combinations in the early ’90s. They have given some of the biggest hits in Hindi cinema.

Dawid Dhawan his remaking his own films now and is making Coolie No 1 with his son Varun Dhawan. This film originally had Govinda in a lead role.

Now that the remake is being done, Govinda was approached for doing a small cameo. But the latest update is that the star hero has rejected the offer.

Govinda and Dawid Dhawan are in not in good terms at the moment and that is one of the main reasons for the star hero rejecting the offer say media circles in Mumbai.