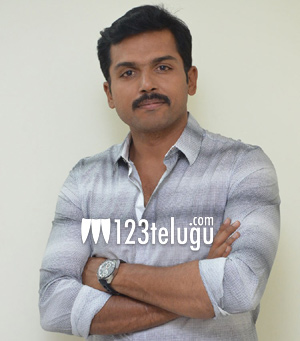 That star hero Karthi started off his filmy career as an Assistant Director to his mentor Mani Ratnam is a well-known fact. Life came a full circle for Karthi when he played the lead role in Mani Ratnam’s just released romantic drama, Cheliyaa.

During one of the promotional ​interviews for Cheliyaa, Karthi revealed that he surely has plans to put his Assistant Director skills to test and turn a full-fledged director someday.

However, Karthi didn’t reveal when he will wield the megaphone and said that there still a lot of time left for his dream to turn into reality.