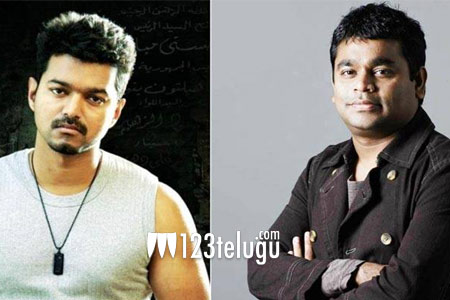 Tamil superstar Ilayathalapathy Vijay is currently acting in his 61st film, which is being directed by young filmmaker Atlee. The movie’s audio album is being composed by AR Rahman.

This as-yet-untitled movie has Kajal, Samantha and Nithya Menen as the female leads​. SJ Suryah will be seen in an important role.