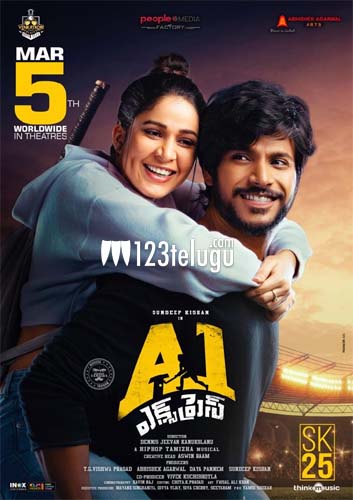 Sundeep Kishan is doing a hocked-based film called A1 Express. The film has been in the news for quite some time now because of its inspiring trailer which is quite ambitious.

The film’s pre-release event will be held tomorrow and none other than the energetic hero, Ram will come in as the chief guest for this film event that will be held in Hyderabad, JRC Conventions.

The film has Lavanya Tripathi as the heroine and she too looks good with Sundeep in the promos. A1 Express is directed by Denni and is up for a release on the 5th of March.