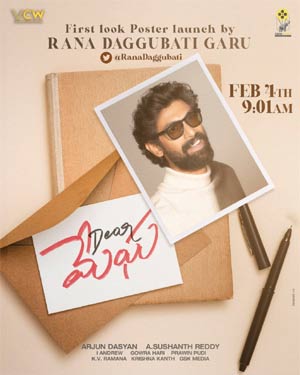 It is a known fact that Megha Akash is doing a straight Telugu film in the direction of Sushanth Reddy. The shoot of the film has been wrapped up and the film is in its post-production mode.

The latest update is that the makers have locked the title as Dear Megha and on the 4th of February, Rana Daggubatti will be launching the first look of the film. The film has Adith Arun and Arjun as main leads.

Dear Megha is produced by Arjun Dasyan on Vedaansh Creative Works. The film is a romantic drama with beautiful emotions as per the latest update.