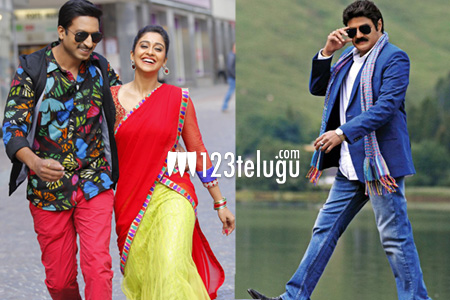 123telugu had already reported that Gopichand’s upcoming film, Soukhyam will have its audio launch in Ongole on 13th of December. Latest update reveals that Nandamuri Balakrishna will be the chief guest for this event.

Special plans are being made to make this event a huge success. Regina Cassendra will be seen opposite to Gopichand in this movie which is directed by AS Ravi Kumar Chowdary, who previously directed the hit film Pilla Nuvvu Leni Jeevitam.

Bhavya Creations produces this film while Anup Rubens has composed the tunes.