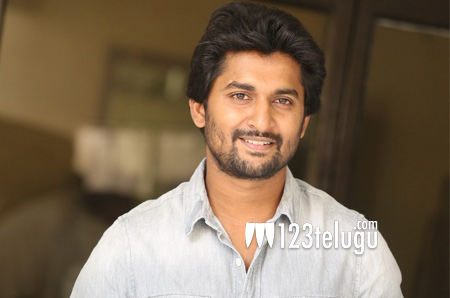 It is a known fact that the lady director, B Jaya film, Vaisakham has completed its shoot and is currently in its post-production mode. The latest news is that natural star Nani will be launching the theatrical trailer of the film tomorrow in Hyderabad.

B A Raju produces this film on his home banner RJ Cinema. This film which has mostly newcomers is touted to be a youthful entertainer like B Jaya’s previous films. Action king, Sai Kumar plays a crucial role in this film and his character is said to be one of the highlights of the film.

The film has music by DJ Vasanth and the release date of the film will be announced soon.