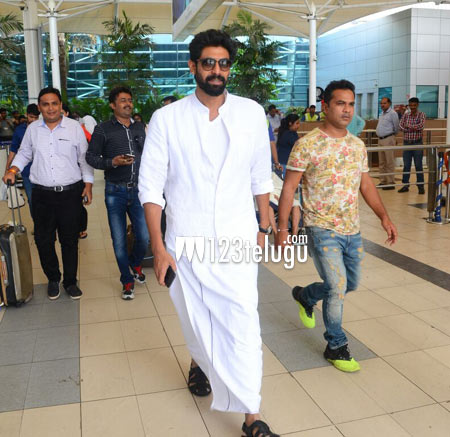 Rana Daggubatti is on a promotional spree and is making sure that his new film, Nene Raju Nene Mantri reaches the maximum number of audience. He is promoting the film in various TV shows and now, he will take his film to NTR’s Bigg Boss show which has become quite popular of late.

Rana will be seen in his trademark lungi clad avatar and will share the dais with NTR tomorrow. The lanky star will be the first Tollywood star to promote his film on NTR’s Bigg Boss show.

He has already left to Pune where the show is being shot currently. Nene Raju Nene Mantri is a slick political drama which has Kajal and Catherine in crucial roles.