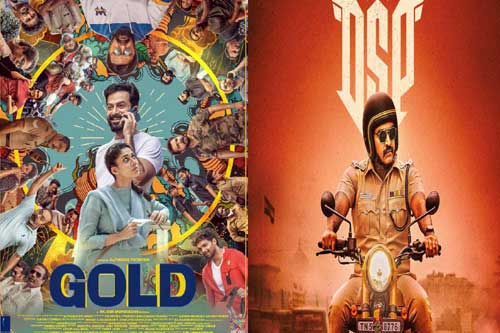 Several movies released last Friday and only a few of them impressed audiences. While HIT 2 is continuing its rampage at the box office, a couple of star heroes movies failed to live up to the expectations.

Prithviraj Sukumaran’s Gold and Vijay Sethupathi’s DSP were released amid huge expectations but utterly failed to impress audiences. Despite having Prithviraj and Nayanthara as the lead pair, Gold failed to amuse audiences as it lacked proper promotions and has no engaging story.

Coming to Vijay Sethupathi’s DSP, the movie didn’t create any strong buzz with its trailer and songs. The routine storyline made people feel boredom and thus caused the film to struggle big time at the box office. Fans of these stars are requesting them to choose solid scripts for their upcoming movies.