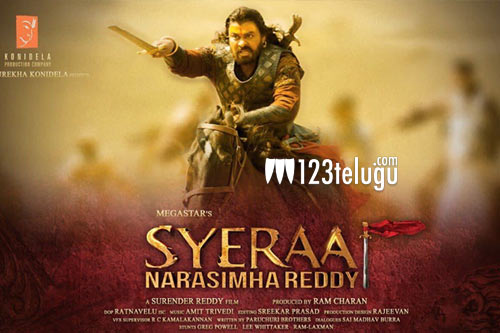 The promotions of Sye Raa have already started and the makers are doing everything to make this film a big hit at the box office.

The film’s pre-release event will be held on a grand note and the talk is that Chiranjeevi wants India’s biggest superstar’s Amitabh Bachchan and Rajnikanth as the chief guest.