Star heroine opposite Kamal Haasan in Bharatheeyudu 2
Published on Jan 31, 2018 9:51 am IST 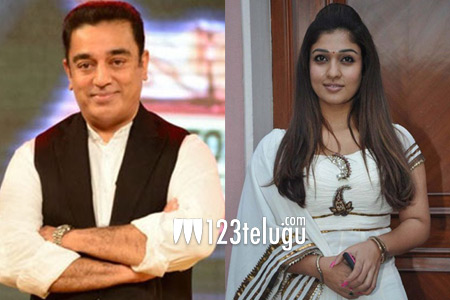 It’s well-known that a sequel to the Shankar-Kamal Haasan’s 1996 blockbuster patriotic drama, Bharatheeyudu, is in the pipeline. Leading Tamil production house Lyca Productions will bankroll this much-awaited sequel with a huge budget.

As per the latest buzz in Tamil film circles, star heroine Nayanthara is said to be the front-runner to grab the leading lady’s role. It is also being speculated that Bharatheeyudu 2 will begin in Hong Kong, where Bharatheeyudu ended.

Kamal and Shankar will take the project on floors in the second half of 2018 once they are relieved from Vishwaroopam 2 and 2.0 respectively. Stay tuned for more interesting updates.