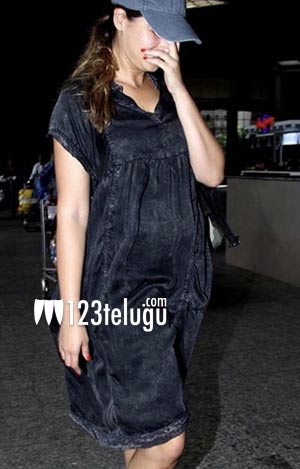 From the past two days, reports have been doing the rounds that Bollywood star actress, Nargis Fakhri is pregnant. This news caught on like wild fire when a picture of hers surfaced on the social media.

In the picture, it looks like as if Nargis is pregnant and everyone started reporting the same. To clarify all this, she took to Twitter and said that she is not pregnant and her weight gain is only because of excess eating.

It is a widely spread news that Nargis is dating Yash Chopra’s younger son Uday Chopra. Nargis is always known for her bold roles in films.

Here u go. Ill do the job for you. And no I'm not pregnant😳 ok maybe it's a hamburger baby. But don't tell the hamburglar!😂 pic.twitter.com/O5c3AvcTmE