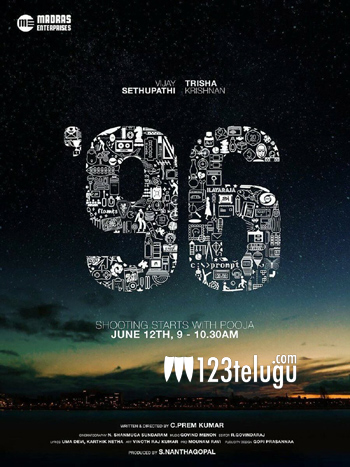 Despite reaching her mid-30s, star actress Trisha is one of the most sought after heroines down South. Trisha is currently busy with as many as five exciting projects in her kitty.

And on June 12, Trisha​ will be kick-starting her sixth project of this year. Interestingly titled 96, this period romantic drama will feature acclaimed hero Vijay Sethupathi as the male lead. This film will be directed by C Premkumar and the first schedule will take place in Kumbakkonam.