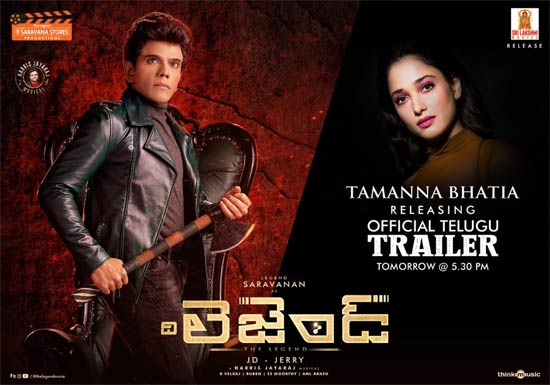 Businessman and owner of Saravana Stores Legend Saravanan is making his film debut as a hero with the big-budget multilingual movie ‘The Legend’. The film is being produced by the actor himself. It is written and directed by JD Jerry.

The latest news is that Tamannaah Bhatia will be launching the film’s Telugu version trailer on 16th July at 5:30 PM. The distributor is making arrangements for a big release in AP and TS on 28th July.