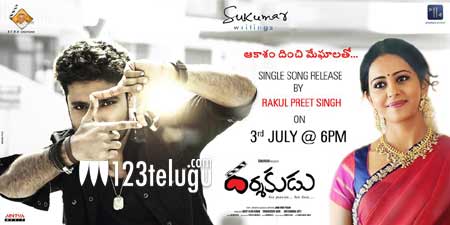 It is already reported that director Sukumar is producing a film titled Darshakudu. The film is ready for release. The first look teaser which was released a few weeks ago has elevated the curiosity levels on the film.

Now, the latest update is that star heroine Rakul Preet Singh will release the first single from the audio album of the film today at 6 pm. Darshakudu is written and directed by Sukumar’s assistant Hari Prasad.

Newcomer Ashok will be seen as the main lead in the film, which has Eesha Rebba and Poojitha as the female leads. The film’s music is composed by Sai Karthik.