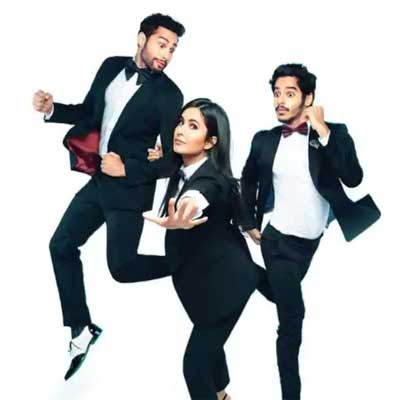 Katrina Kaif is not the star anymore she used to be now. She is not getting those big films now and to keep herself afloat now, she is doing films with younger heroes.

Katrina is romancing young heroes like Vicky Kaushal and now she is going to do a film with two actors who are ten years younger or more than her. The talk is that Katrina is doing a film with Ishan Khattar, 24, and Siddhanth Chaturvedi who is 27.

The film is a murder mystery and has situational comedy. The film is finalized and the shoot will start soon in the days to come. Farhan Akhtar and Ritesh Shidwani will be producing this film.