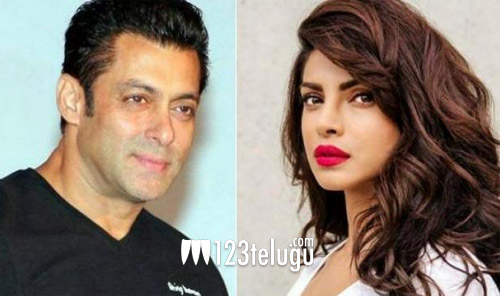 We all know that Priyanka Chopra was roped in to do the female lead in Salman Khan’s Bharat which kick-started a few days ago. When everything was set for the actress to join the shoot, Priyanka gave a sudden shock to everyone.

Unit sources reveal that Salman is deeply hurt with Priyanka’s sudden exit and has vouched to never work with her again. In all this, the lucky one is Katrina Kaif who has now been roped in to play the female lead.