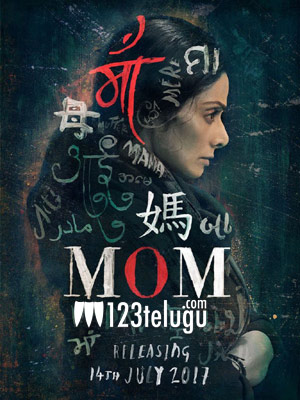 After making a powerful comeback with the hit emotional drama, English Vinglish, star heroine Sridevi is all set to greet her fans with her next movie, Mom. The film’s first look poster was unveiled by Sridevi’s doting daughters Jhanvi and Khushi Kapoor.

Mom is slated to hit the screens on July 14th in Hindi, Telugu and Tamil simultaneously. The film is directed by ace adman Ravi Udyawar and produced by Sridevi’s husband Boney Kapoor. Nawazuddin Siddiqui, Akshaye Khanna, Abhimanyu Singh and others play important roles in this movie.