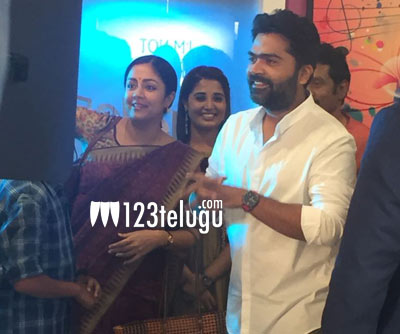 It is a known fact that Jyothika is remaking Vidya Balan’s hit Hindi film Tumhari Sulu in Tamil. The latest we hear is that the film has a cameo by none other than star hero Simbhu.

The young hero shot for his part today in Chennai. Jyothika will be seen as a typical housewife in this film which has been titled Kaatrin Mozhi. The film is being shot on a start to finish schedule in Chennai.

Lakshmi Manchu plays a key role in the film.