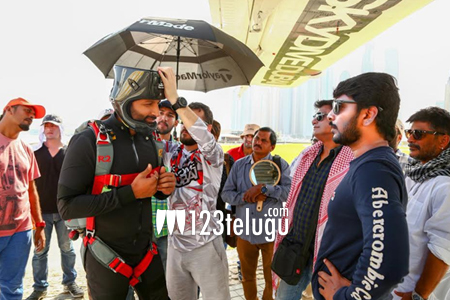 After much delay in procuring permissions to shoot at the iconic Burj Khalifa tower in Dubai, the unit of macho actor Gopichand’s forthcoming action entertainer, Gautham Nanda, finally began shooting for a lavish song in hotshot choreographer Raju Sundaram’s supervision.

As part of the shoot, Gopichand performed a daredevil skydive stunt, a first ever feat in any South Indian movie, as per the film’s director Sampath Nandi’s claims.

Gautham Nanda is being produced by Bhagawan and Pullarao. Hansika and Catherine Tresa are the film’s leading ladies