Star hero’s daughter reveals that she is suffering from depression
Published on Oct 11, 2020 9:49 pm IST 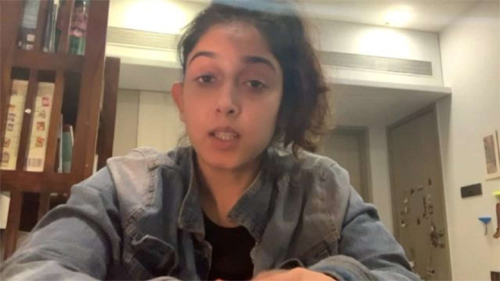 Aamir Khan and his son are known to all. But he has a son and daughter from his first wife. Aamir’s daughter is named Ira and she being slowly noticed these days for her Insta posts.

But Ira came live in Insta and shocked many by revealing that she is battling with serious depression from the last four years or so. Ira also added that she has visited a doctor also and is getting better with each passing day.

Ira also added that she has come online to reveal to many that depression is not something that should be scared off but be vocal about it and fight it out. Ira s also making her plans to enter Bollywood soon.