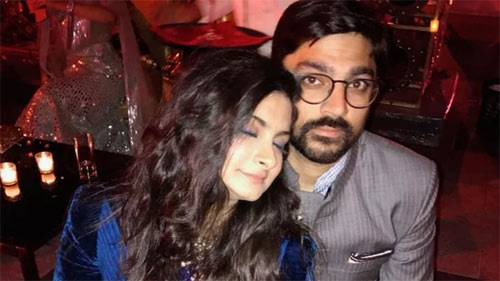 The Mumbai media is abuzz with the news that star hero, Anil Kapoor’s younger daughter, Rhea Kapoor is all set to get married tonight in an intimate ceremony.

Rhea has been dating filmmaker Karan Bhoolani for a long time now and reports of them tying the knot today have gone viral. The Kapoor family has not made any announcement as of yet.

Rhea and Karan have been in a relationship since 2009. They are said to have met during the making of Aisha, her debut production, on which Karan was an assistant director.