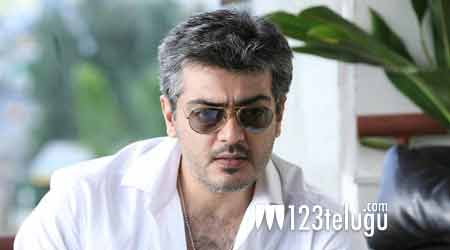 Tamil star Thala Ajith is currently acting in his yet-untitled 57th project under Souryam Siva’s direction. Thala fans in Tamil Nadu and the two Telugu states are eagerly waiting for this movie.

According to the latest reports coming in from Tamil media circles, Ajith may be donning dual roles in this movie. If these reports end up becoming true, this will be the fifth time that Ajith will be seen in dual roles. The superstar will be seen as an Interpol officer in one of the two roles.

Kajal Aggarwal is playing female lead in this movie, which is being produced on Satyajyotji Films banner.