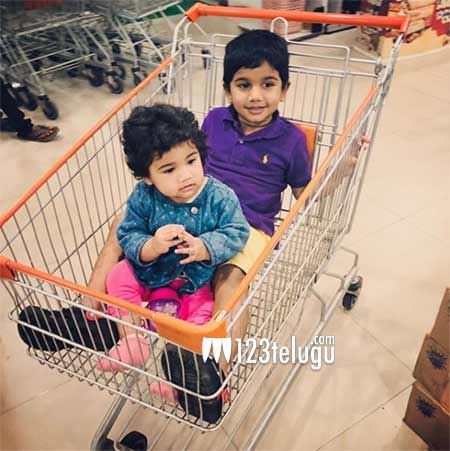 Ala Vaikunthapuramlo is a film that has created a solid buzz with its super hit music all over the place. The film is directed by Trivikram.

The film’s third song will be out soon and the latest gossip going around is that Bunny’s two kids will feature in one of the songs in the film.

Though this news is yet to be confirmed it has caught on all over. The team is busy wrapping up the film and is gearing up for a massive release on the 12th