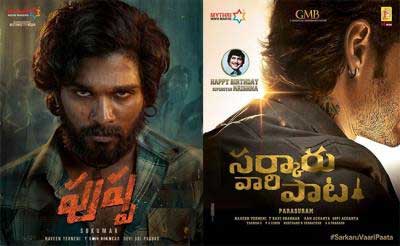 Popular entertainment channel, Star MAA is one of the leading channels in Telugu. Since its establishment, the channel has been bagging the satellite rights of many big projects.

While SVP has Parasuram Petla as the director, Pusha is being helmed by Sukumar. Both the film will hit the screens sometime in 2021.